How to download Evil Lands for PC and Laptop

Evil Lands is a fantasy RPG where you experience a number of different scenarios in a single go. There are monsters, evil bosses, dark creatures, magical environments, dragons, and much more which you can experience in a beautifully rendered visuals. The aim of Evil Lands is to provide players a random and ever-changing combat experience with different creatures in an open world. Unlike many hits, Evil Lands doesn’t have a big name in the dev section, yet it appears quite promising. It is free and you can easily install it on your handheld devices via play store. Moreover, with little effort, you can also play it on your PCs. It is quite easy and we have listed the instructions to help you out with the download of Evil Lands for PC (Windows or OS X).

The process, though quite simple, involves installing an Android Emulator. Since Evil Lands is aimed at Android devices, you cannot directly install it on other OSes. That’s where the Emulators come in. These third-party apps allow you to run Android-based games and apps such as Evil Lands on Windows running PC/Laptop or OS X powered Macbook/iMac. The process can turn out to be tricky for the newbies, especially the Emulator part. You can follow the instructions listed in the later section to avoid the confusion. Now coming back to the Evil Lands, there isn’t much to shed on the gameplay, however, we have listed the key features in the below section.

Evil Lands is an online fantasy RPG set in a magical open world where you can experience multiple scenarios at an instance. The world of Evil Lands is huge and beautiful, there are towns and cities which you can explore along the adventure. The basic theme is quite simple, it encompasses the journey of hero characters in a strange world where they confront evil and bring about the balance. You can start off by choosing from multiple hero characters that Evil Lands offers. Furthermore, you can also customize the character as per your liking from a range of options. 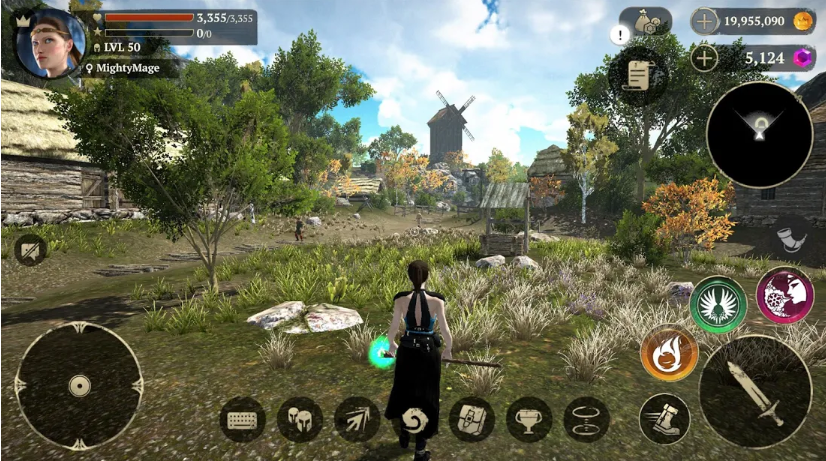 The gameplay can be divided into two main categories i.e Adventure mode and multiplayer battles, which are further divided into Co-op and PvP modes. In short, there is one PvE mode and two multiplayer modes. The adventure mode is all about the character’s progression from a simple start to an ultimate hero. Along the way you train, equip yourself with new armor and fight against dark forces in the magical world of Evil Lands.

As for the multiplayer modes, Co-ops are where you team up with friends or other players against the dark forces and share the loot whereas PvP is all about testing the skills against other players in a real-time environment. Evil Lands comes with console-like graphics and everything is rendered perfectly across all the modes, which makes the gameplay even more appealing. This sums up the overview of Evil Lands, let’s proceed to the installation section.

If you are having trouble installing Evil Lands on your PC/Laptops, let us know via comments.