A New MMO Version of Portal Knights is in Development

505 Games has recently revealed that it is in partnership with a Chinese gaming company Duoyi Network. Reportedly the two are developing a new MMO game for the Android and iOS users. Well, you might be thinking by now, what has Portal Knights to do with this new game. Well, you will be surprised to know that the game being developed by Duoyi Network is set in Portal Knights universe. 505 Games is on board with all the development, however, there is literally nothing we know at the moment. According to MMO Culture, the upcoming game will share core features of the original Portal Knights game. 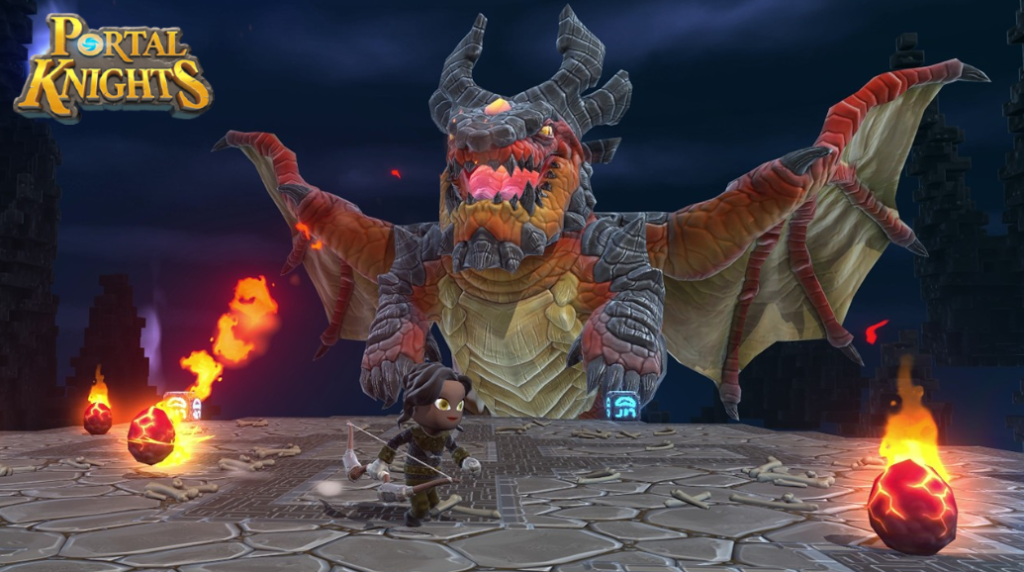 The key features include a sandbox, construction with a mix of role-playing elements. And the best things is that there will be an MMO spin to all of it. Players will be able to explore the sandbox world of Portal Knights and that includes self-created maps, guilds, and much more. Basically, it will be a mix of Portal Knight features and MMO mechanics. Also, unlike, the premium Portal Knights, it will come with a freemium monetization model. The new extension of Portal Knights universe will be published in China by Duoyi Network followed by a global release via 505 Games.

To sum it all up, the upcoming game has already entered the development stage and hopefully will make an appearance soon. Also, note that there isn’t much out yet as far as the features or media is concerned. Currently, we are relying on the different stories that have covered the news. As for the media, there isn’t even a single picture, which is the reason we have used the old ones. At the ChinaJoy 2019 this weekend, we might see the demo version but we are not certain. Do follow as we intend to keep you updated with future developments.