Follow the instructions provided here to download Turbo Shot for PC or Laptop and take the dodgy battles onto the big screens.

Wizard Games is all set to release its latest action game titled Turbo Shot. Unlike traditional action games, Turbo Shot is easy to learn and fun to play. If you in to kill some time and enjoy the gameplay, Turbo Shot is where you should start. The gameplay is simple yet addictive and is visually appealing. You get to experience a variety of features and fun things alongside the action-packed battles. On top of that, Turbo Shot is free and you can easily install it on your Android devices via Google Play.

And if you prefer to play games on big screens, you can still give Turbo Shot a shot. Though aimed at handheld devices, we have listed the instructions to help you download Turbo Shot for PC and Laptop. However, before we jump off to the details, you may want to read about the gameplay and features in the section below. 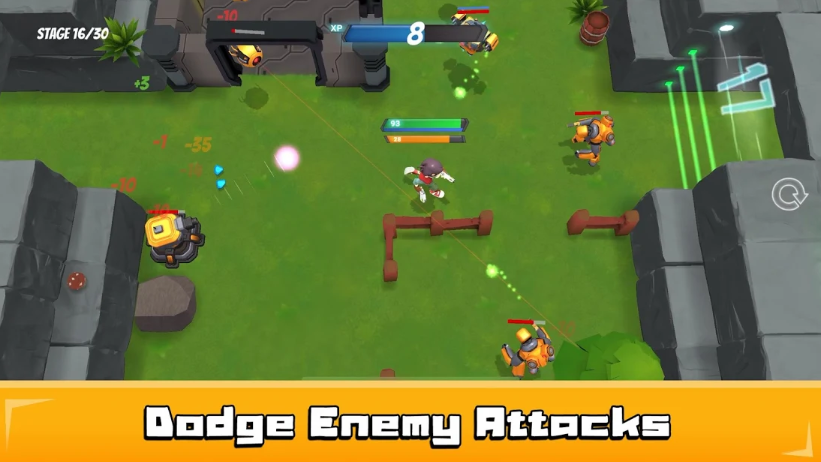 Turbo Shot is easy to learn and fun game that you can play. The combat mechanism is simple, the screen is divided into two sections, with one section you control the movements of your character whereas the other one helps you to aim and shot the opponents. The whole game consists of a series of levels, each level features multiple combat areas. In order to complete the level, you will have to eliminate the enemies in all the combat areas.

The difficulty increases as you move from one area to another and in the end, you face the level’s unique boss. As for the features, there are XP and rank up, which basically provide the players with aid in front of increasing challenges. For instance, each rank up allows the players to choose between three powerups, which increases a variety of attributes and abilities. However, note that there are some powerups that you will have to unlock via loot boxes, so it’s not just about targeting the enemies but you have to keep track of loot boxes as well.

Similar to powerups, you can use the Lab Menu feature to equip yourself with different kinds of armor and weapons. Aside from the basic assault weapons, you can also get your hands on the secondary ones such as rockets and flame throwers.

Another interesting feature in Turbo Shot is friendly NPCs that fight alongside the players. These are classified as drones and soldiers though you will have to unlock them first. To sum it all up, with all the features and interesting gameplay, Turbo Shot looks quite promising. You can easily download Turbo Shot for PC and Mac devices.

If you are having trouble installing Turbo Shot for PC/Laptops, let us know via comments.