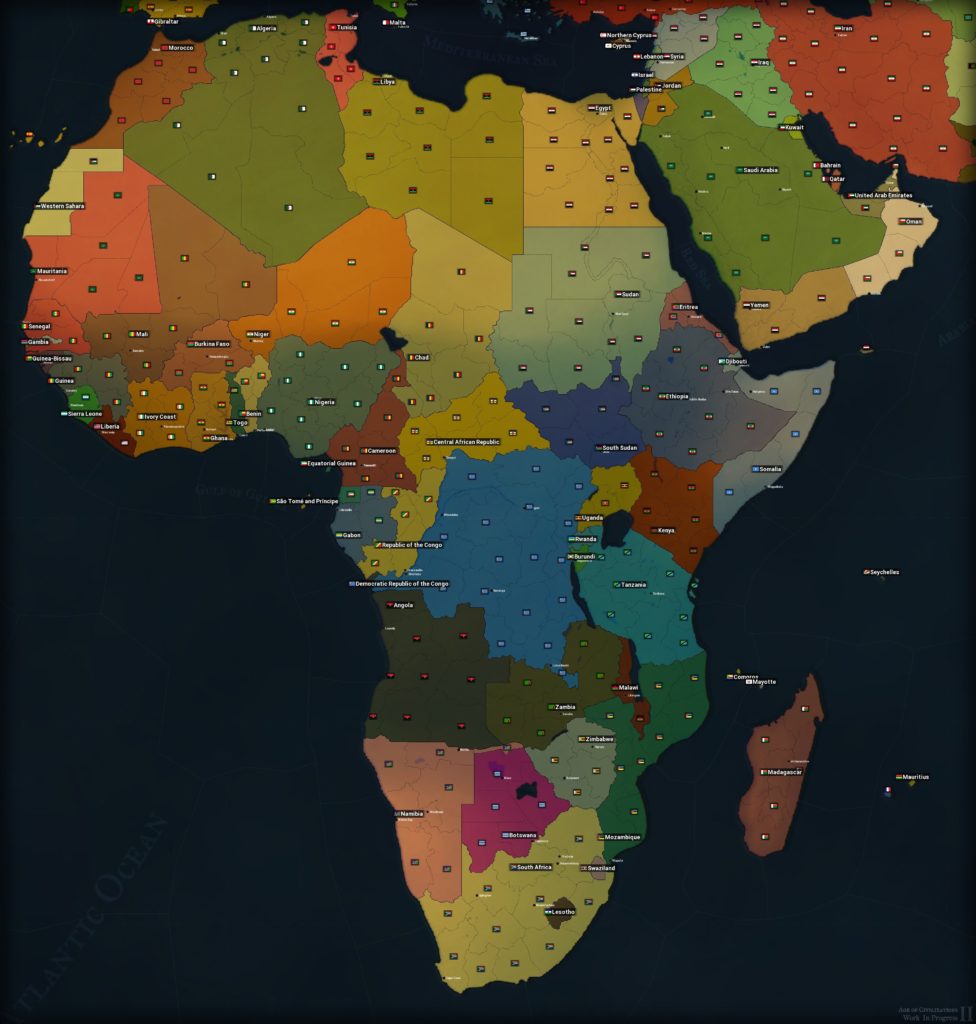 Few Words on the Game

The game is quite simple at its core yet the depth and all the detailed maps make it quite appealing. It revolves around the quest for world domination, which starts at the African continent. The whole continent is divided into empires with capitals. From the capital, you can manage your kingdom and it’s where the battles take place. You can attack other kingdoms’ capitals to dominate them and make them part of your kingdom.

In the case of retaliation or attack from other kingdoms, you are required to defend the capital at any cost. If you lose the capital three times, then your civilization or kingdom will crumble and cease to exist. The thing that makes Age of Civilizations Africa such a great strategy game is the content.

Do Check: Tom Clancy’s Elite Squad goes up for Pre-registration

There are 235 Civilizations, 436 provinces inside of Africa and five scenarios, not to mention that you can create your own scenario as well. In short, it is one of the best strategy games that you can play to kill time.

How to download Age of Civilizations Africa on PC and Laptop

It is not clear whether Age of Civilizations Africa has gone free for a limited time or will remain so from now onwards. The best thing would be to go for it right away and install it on your handheld devices as well as PCs or Laptops. If you are having trouble installing it on your PC/Laptops, let us know via comments.