In the latest development, Cubinet Interactive’s latest, TripleChain Mobile Strategy & Puzzle RPG has now entered in beta testing. It was announced back in and entered Alpha Test in Southeast Asia on 22 April for Android device. In light of recent development, it would be safe to assume that we not too far from an official launch. While you might have to wait for a few more days but if you are too eager, perhaps the best things would be to try out the beta. It listed in the Google Play and you can easily install it on your Android devices. 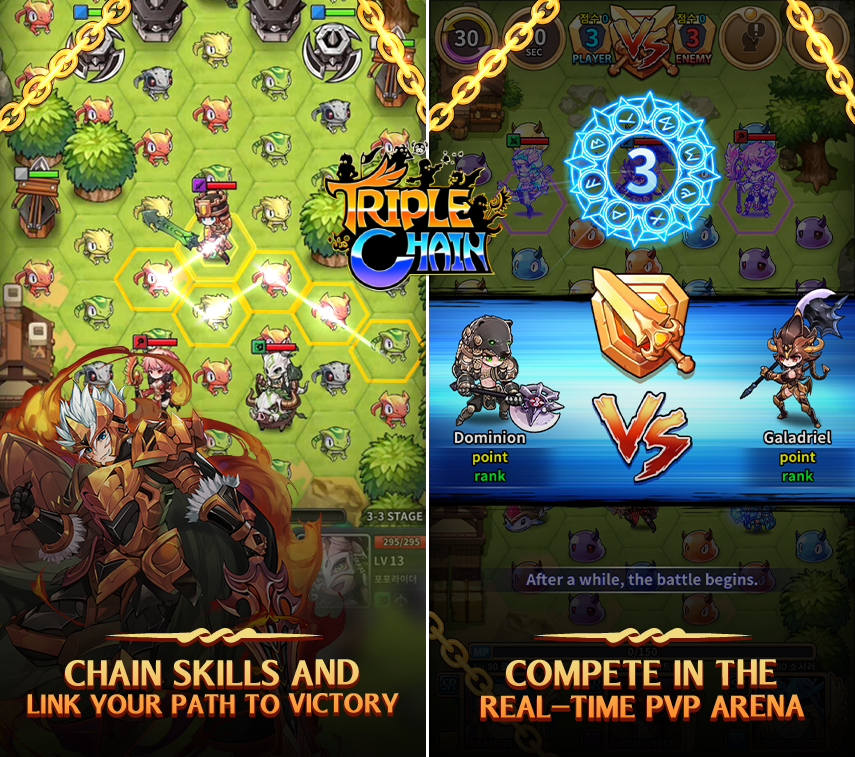 According to Cubinet Interactive, TripleChain will redefine the strategy and puzzle genre through its challenging and addictive gameplay. The trailer is out since the announcement of the game, which helps us get the idea of Cubinet’s approach to the gameplay. TripleChain Mobile Strategy & Puzzle RPG takes you on an epic journey where you will explore the boundary of the world of living and dead. There are two aspects to the gameplay i.e, Story Mode and PvP Battle Mode. The Story mode revolves around maps, each of which offers a unique challenge.

There are 6 different classes of heroes including Warrior, Mage, Healer, Tanker, Specialist, and Dancer. Each hero character has a specific role to fulfill on the battlefield. The map-based quests are where you get to slay the powerful bosses and win rewards. Then there are PvP real-time battles, where you can compete against real opponents and showcase your skills. Also, there is a summoning system which means Cubinet has added the Gacha elements as well.

This week has proven to be a good one especially for all the fans of puzzle games. Earlier, it was Monument Valley 3 which entered development, and now TripleChain is in beta. If you want to read more about TripleChain, visit the Official site.