Google Assistant can now Read/Reply to WhatsApp, and Other Messages

The use of Virtual Assistants means making things easier. Amazon was the first to introduce smart speakers. It gained success not because of being first but due to the integration with so many third-party apps. There are a number of messaging applications that users rely on for communication. Therefore, it is important for any Virtual Assistant to integrate these apps. Google has been working to integrate third-party messaging applications. Finally, it has added the “read and reply” support for WhatsApp, Telegram, Slack, GroupMe, and other platforms. Prior to this, if you would issue a command like “read my messages”, Google Assistant would simply ignore it.

Now with the integration, you can not only read the messages but also reply as well, just like you would reply to the text messages before. Although there hasn’t been any official announcement at part of Google, the change has been widely observed by the Android community. Like many users, you can check if the feature is working on your device by simply issuing the “read my messages” command. If a prompt appears and asks you to let Google Assistant access the Notification data, you can use the Google Assistant read and reply feature with third-party apps on your device. If you try it, a card pops up with the text message(s) and reads it aloud. It also mentions the app it’s reading from and the name of the sender. 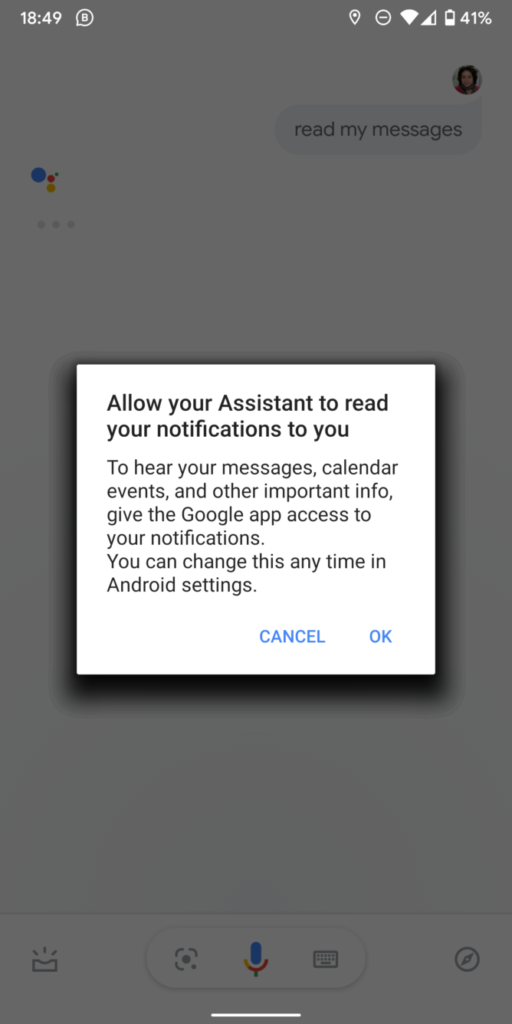 Here, note that the Assistant reads only the notification data and doesn’t go into the app. Therefore, if a message contains media, it will say “the message just contains an [media type] attachment” and won’t show it. It’s good to see Google catching up on the features in Assistant and hopefully, the new “read and reply” would be first of many to come.